In rural Korea, Min-hyuk returns to his hometown with the intent to help his father, a retired train operator, whose campaign against the closure of the local train station has become complicated by his early signs of Alzheimer’s disease. Min-hyuk’s relationship with his father is strained throughout the film by the death of his mother as a child. As his father’s memory and confusion worsen, Min-hyuk begins to understand why his father behaved so coldly on the days following his mother’s death and what the train truly means to him. 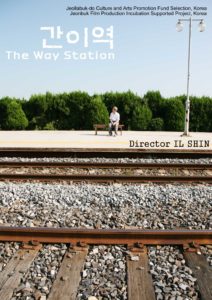